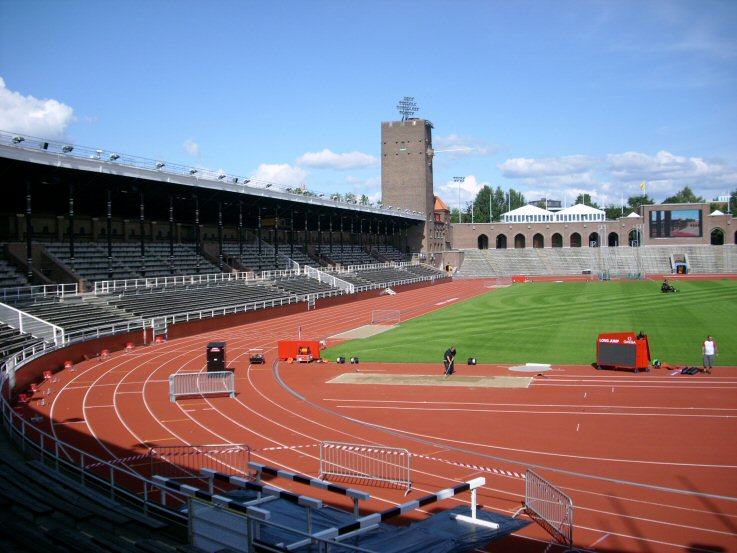 Although the primary reason for my trip to Stockholm was to see the last international match held at the Rasunda Stadion, it was nice to notice that close to the hotel I’d be staying at was the Olympic Stadium, or Stockholms Stadion as it’s more commonly known. Not having done much research beforehand, then it was a pleasant sight walking up Sturegaten and seeing the solitary floodlight standing over the one end of the street in the distance, however that’s merely a small taster for after arriving, then the stadium itself is nothing short of stunning.

Opened in 1912, whilst one of the smallest Olympic stadium’s of all time, it’s also noted for having had the most world records broken at any one tournament, and was host for the football final, which saw Great Britain win gold after defeating Denmark 4-2. Since then it has remained home to a number of sports and music events in the city. It’s also the traditional home of Djurgadens IF, who will be moving across the city to the new 30,000 capacity Tele2 Arena at the end of the 2012 season.

From the outside, the brickwork is more akin to a stately manor house and the entrance reminiscent of a medieval castle, complete with battlements atop. Inside the stadium, this creates the main feature at the south-west end of the stadium, with around the south, west and eastern sides a single tier stand running continuously except for this part, whilst at the north-eastern end of the ground sits two towers either side of a steep open end which was originally two tiered, the second tier being removed shortly after the Olympics.

Due to it’s historic architecture, it’s meant little can be done to improve the ground and bring it up to modern standards, which has seen Djugardens having to play European games across the city at Rasunda, and is the main reason for the club leaving. It’s a shame never to have seen a football game here, but with it remaining open for other uses, then Stockholm will still be able to boast one of the most picturesque stadiums in the world amongst its sights. 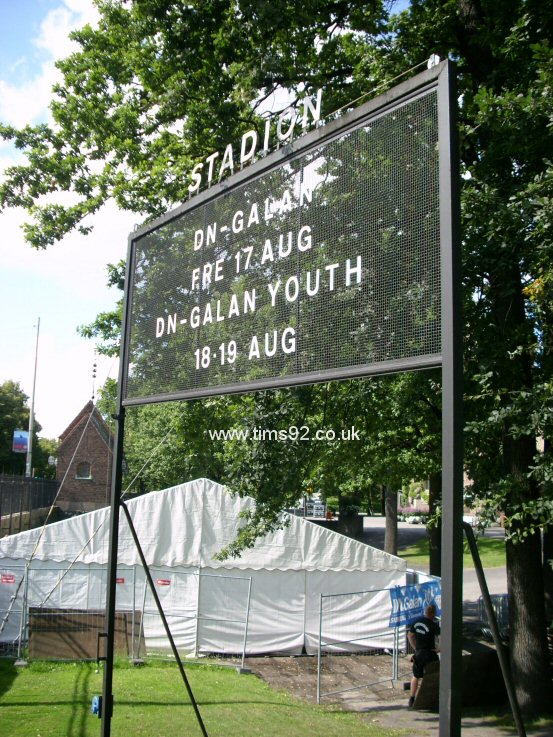 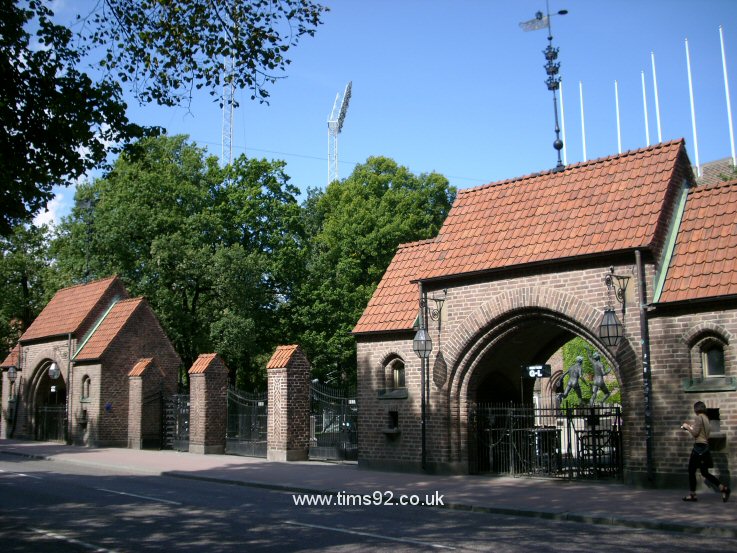 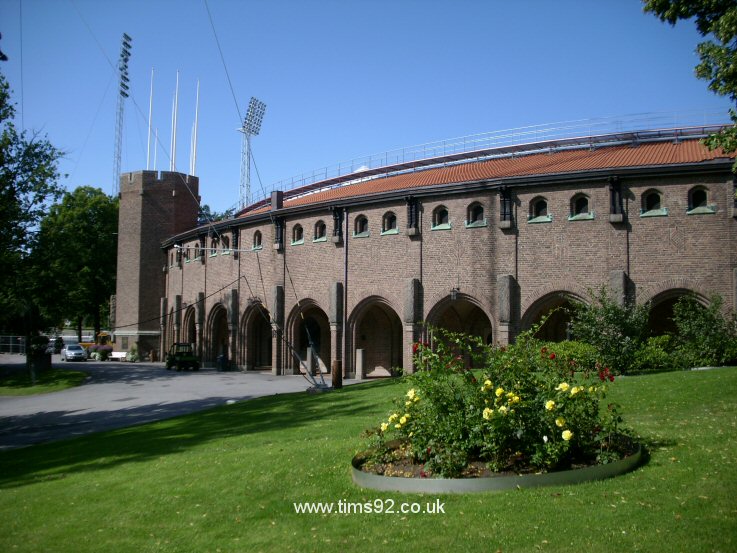 South End of the Stadium 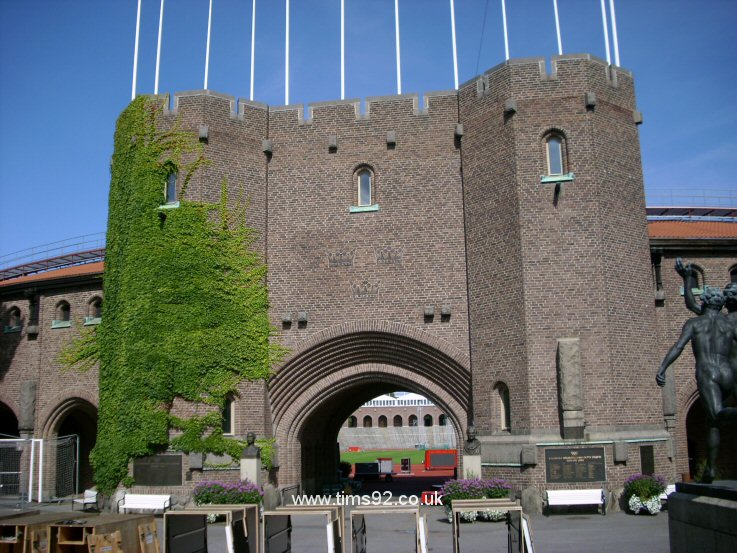 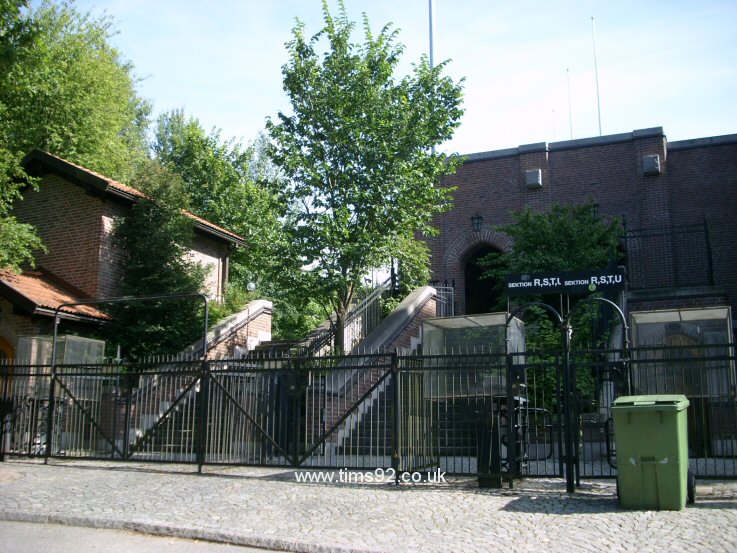 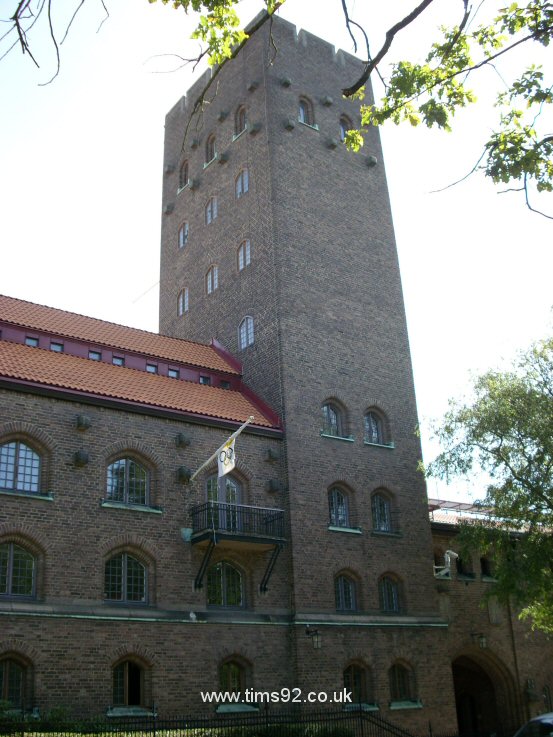 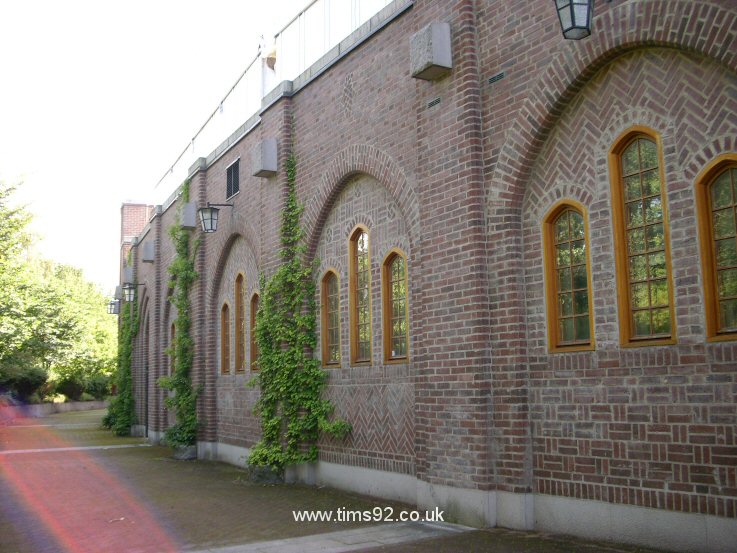 North End of the Stadium 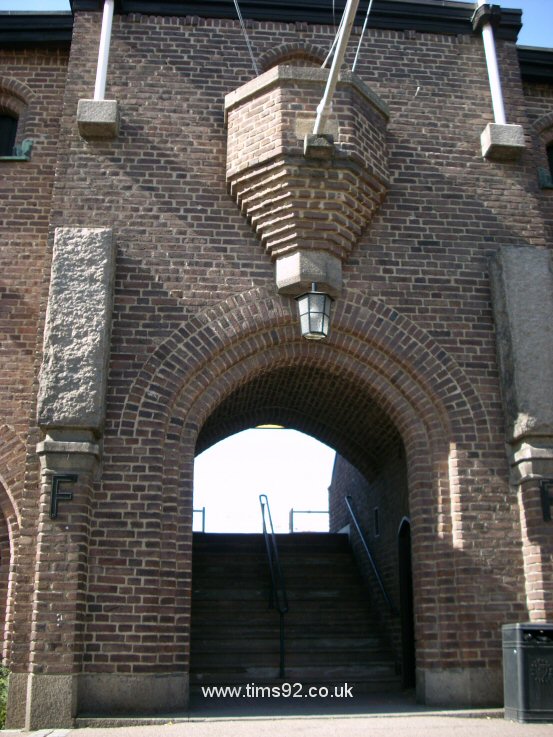 Entrance to the seats 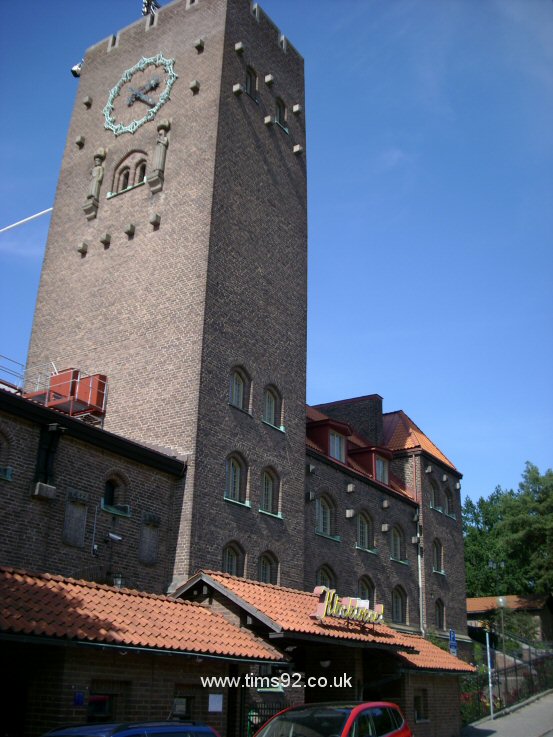 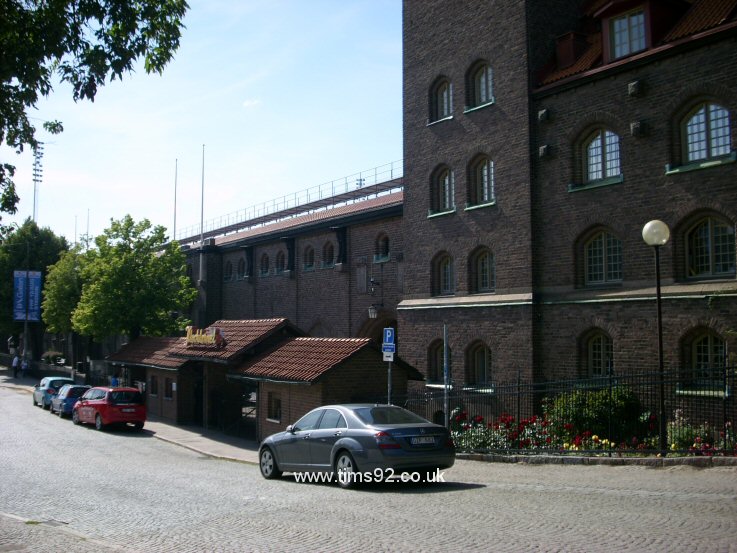 Eastern Side of the Stadium 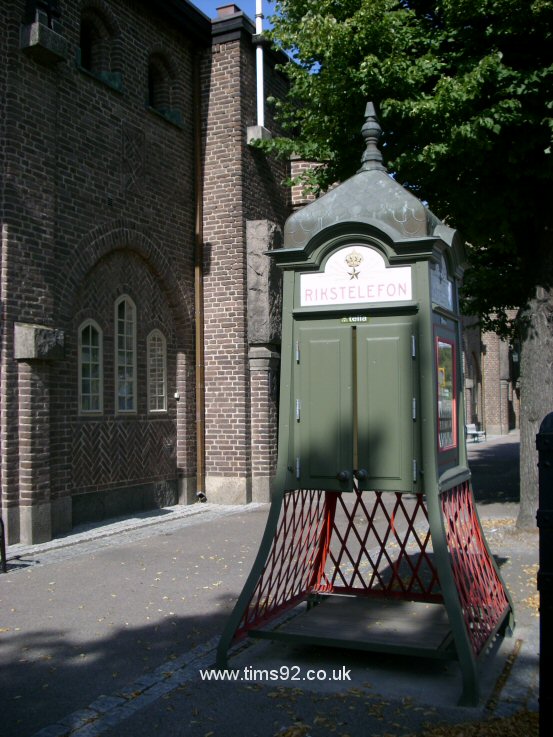 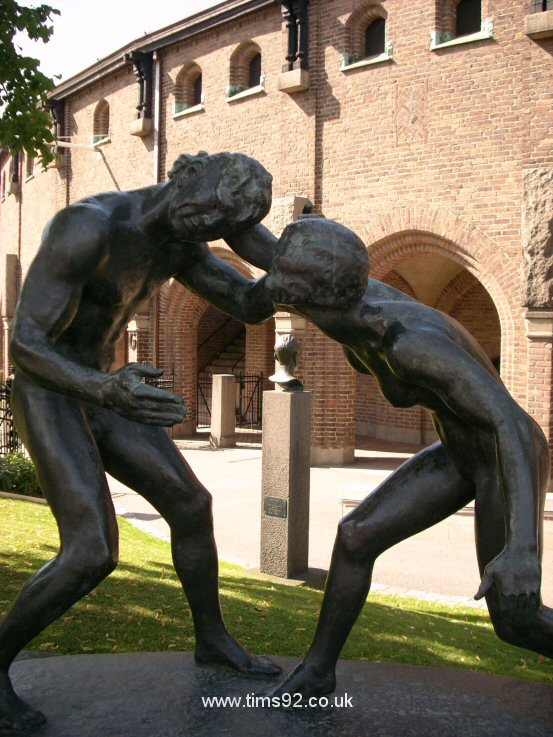 One of many statues outside 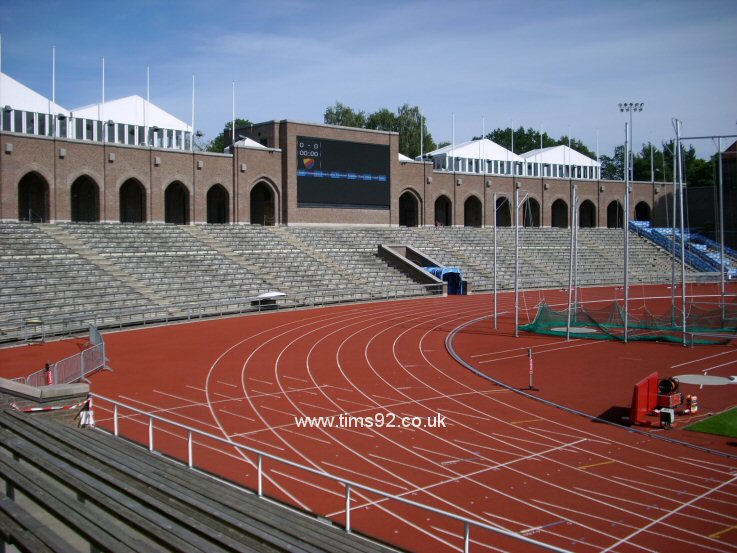 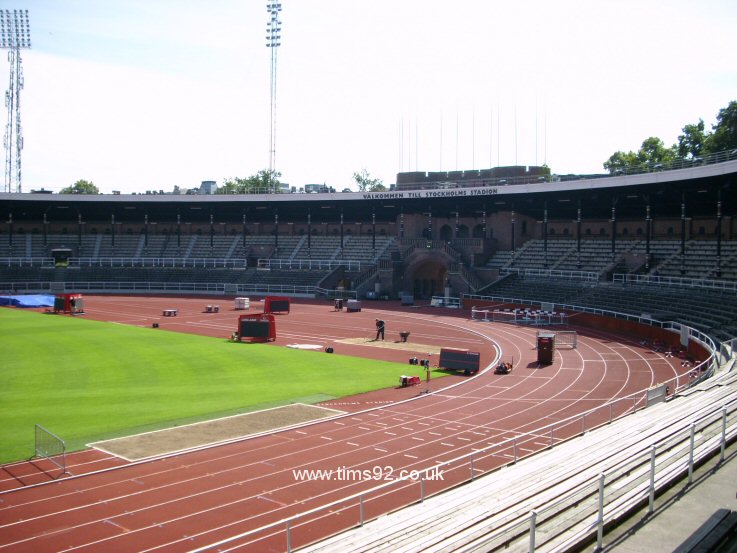 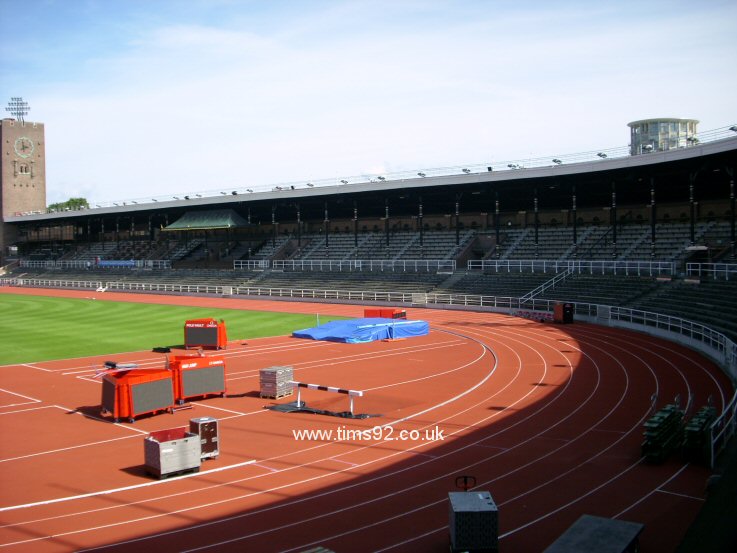 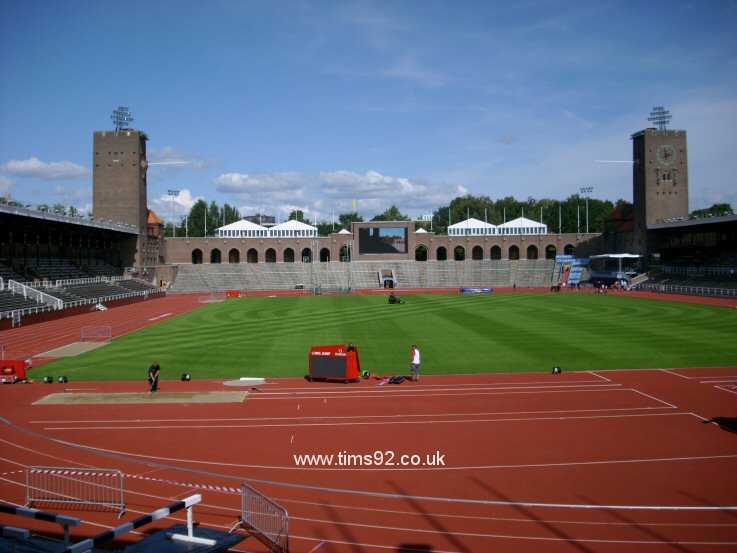 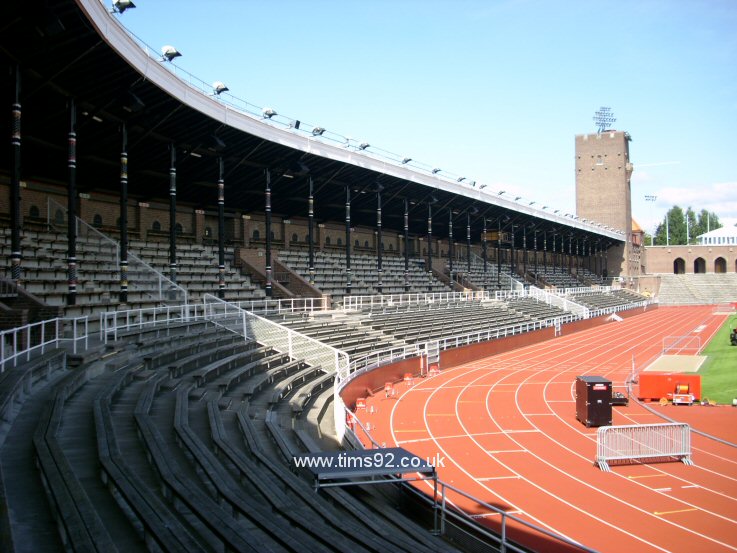 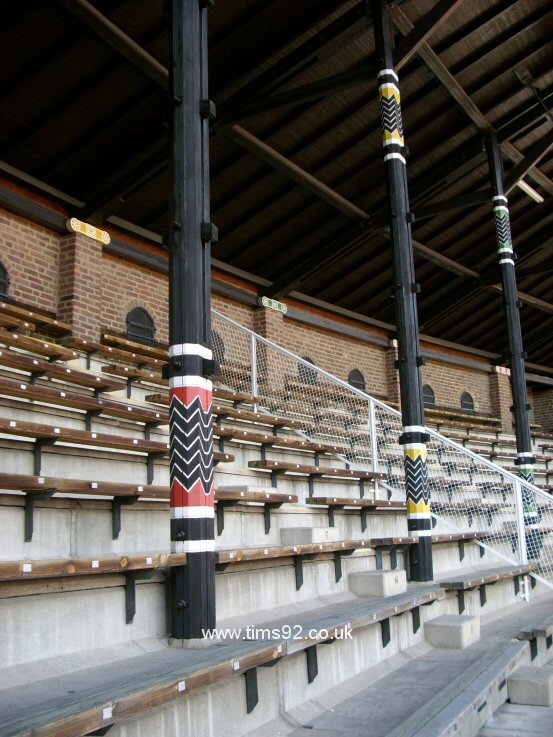